Before we forget the great time we had Saturday during the Derby Day event here is Throwback Thursday to This Event started years ago by the wonderful person who also started the Raft Race.  Now, it happened also to be  Cinco de Mayo, first people I saw were wearing large sombreros so was I at the right party?

Quite a few things changed from what we used to experience. Formerly  A more casual level with children taking part. Also missing were our commissioners who judged the hilarity of the participants. 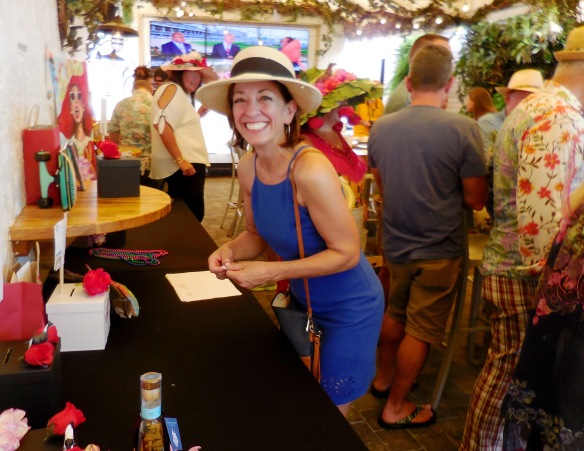 The Prize value total was enormous $ 2.750 so the winner’s possibility endless, but not so this year it was split 5 ways. Obviously, the promotion of the wonderful gifts were not noted as in previous years.

Here i took a snapshot so you all know who provided so generously. My friend Lucky Richard Guercio was one of the big winners often seen in our local establishments. He wins a lot how do you do it.?  lol  Then there is always a 50/50 that paid out $300.  Would love to know who all the other 4 Lucky winners were.

I was table hopping and capturing the fabulous hats.  I totally agreed with the 1st place winner she was awesome. 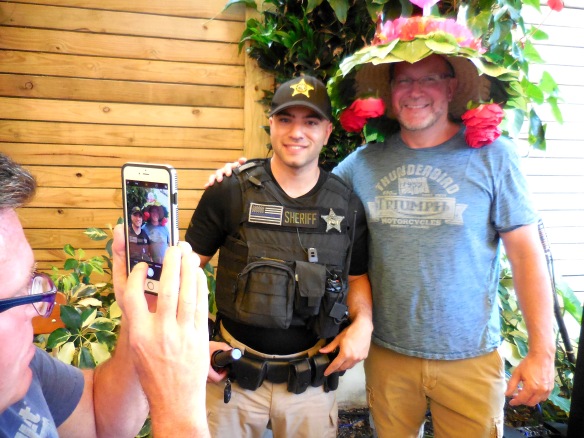 Admired the hat the moment I saw it.  What an artist!   Jessica Teutsch’s usually has a spectacular creation, a little birdie told me she had started making it back in January. ?? The event was a class act event as I tooled around and saw so many friends and kept nursing my $7 Cranberry juice. 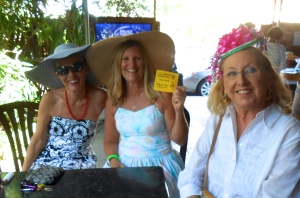 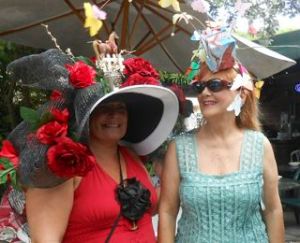 Parisian Chic, not able to compete as she was on the committee. selling 50/50 tickets

would not draw any attention in  Little Havana. Won the loudest shirt. hahaha

The actual race, 2 min. 4 seconds winner Justify and has a chance to be a Triple Crown winner as was Secretariat who made this race in 2 min. 24 sec.  (I was in the infield that year, won $270 ) now American Pharoah’s  timing 2 min and 26 sec.   Not a spot of mud thrown on Justify or jockey this was a clean race on a muddy track ck those times again.  Now back to the party which i always said was one of the top Fundraiser in our town.  Seen working hard was Tabitha, Jon Faust the consummate Lake Worth mc, The awards were unisex (so sad)

definitely had the Audrey Hepburn feel 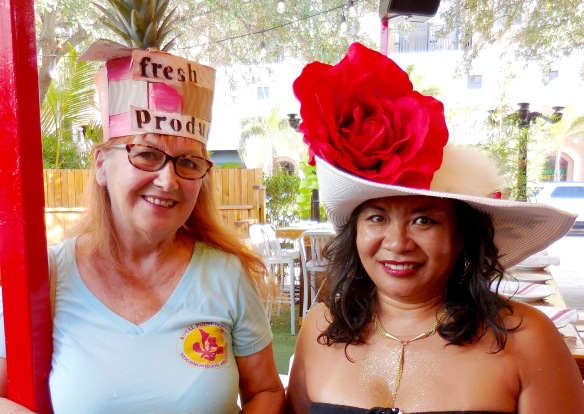 If you’re looking for more great photos  Judge Sami Makela has some, always Tom Johnson, and of course Leonard Bryant never disappoints. Darin Engle also was seen taking photos.   If you didn’t see your friends here they made it to the other Derby Party which had 250 plus guests and some even attended from KY.   Anyone want to share photos from there just send them to moi.  My camera battery was exhausted. 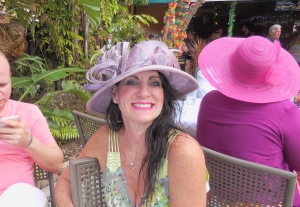 Now about the Royal Wedding,  keep those beautiful hats handy and stroll Lake Worth in honor of the nuptials on May 19, as we will have our 2nd American Princess.  I’ll be sporting a Fascinator.